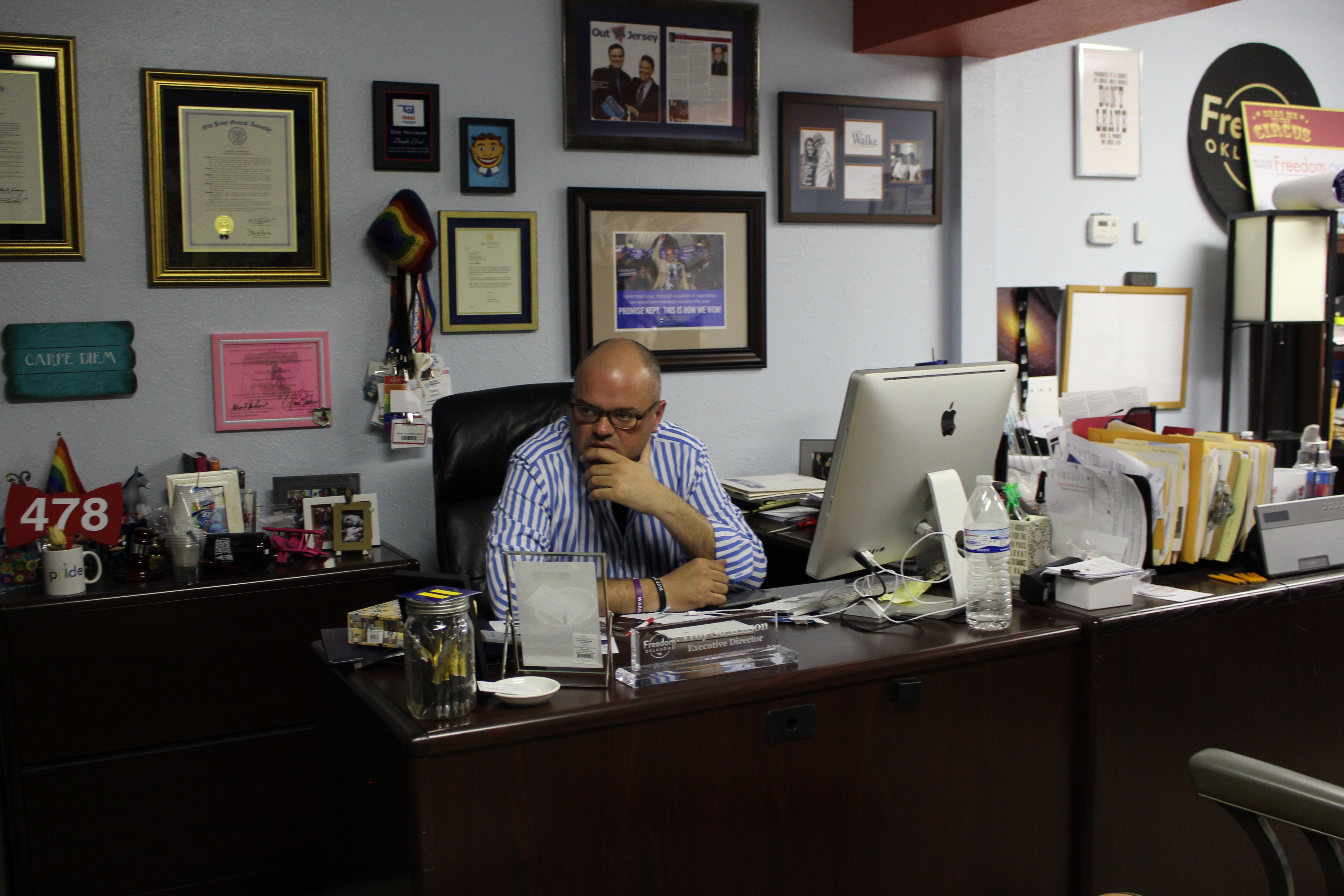 When Troy Stevenson left the Democratic Party, after decades of political activism, his Republican colleagues were on his mind.

Stevenson, who heads Freedom Oklahoma, the state’s largest and most politically active LGBTQ rights organization, announced this month he switched his party affiliation to Independent. He said a lack of civility and an unwillingness to work with conservatives have stymied the party.

“There’s a level of discourse in this country, and it’s ridiculous,” Stevenson said from his cluttered office desk. “There’s very little civility left. Being a Democrat, I worked for President Obama twice; I’ve worked for candidates here locally and I tried to explain that we can’t, as Democrats, we couldn’t become as vitriolic as the Tea Party movement was years ago.”

The decision has “been a long time coming,” he said.

Democrats have vilified Republicans, he said, and are reluctant to get legislative work done with the majority party. Over the last three years, Stevenson said he worked with his colleagues to defeat more than 40 anti-LGBTQ pieces of legislation, an effort made possible by support from Republicans, who hold majorities in both houses.

“We haven’t lost a single one of these, and that’s down to the fact that we have relationships with both Democrats and Republicans,” he said. “It was Republican votes that took down these bills, voting in committee and on the floor of the House.”

Stevenson decided to leave the party in hopes of reaching across the aisle to continue to work with Republicans on LGBTQ rights, but more importantly to send a message to Oklahoma Democrats.

“When it came right down to it, I had discussions with a lot of people and it seemed like this might be the only way to affect some real change — making that public of a statement,” he said.

Stevenson said for the first time in years, he started receiving death threats.

“It was a bad week,” he said while laughing at his situation. “I got some pretty bad phone calls from some people that were upset, but I think at the end of the day, it had the effect I wanted it to have: People were having a conversation.”

Stevenson, who said he has always identified as Democrat, said the political switch changes nothing about his progressive ideals. A recent change to voting law will also allow him to continue to vote in Democratic primaries, despite being registered as an Independent. He said he plans to continue growing his relationships with Republican lawmakers, and he hopes more Democrats do the same.

“If you don’t work with Republicans at the capital, they’re the supermajority — what are you going to get done?” asked Chad Alexander, a local conservative radio host in a recent interview about Stevenson’s decision to change parties.

“Some of these folks saw it as a betrayal of what it meant to be a Democrat to be friends, or cordial even with Republicans,” Stevenson responded. “It got to the point where somebody had to say something.”

Republican State Senator David Holt, R-Oklahoma City, said bipartisan agreement on LGBTQ matters will continue to increase in his party. He believes Stevenson’s decision reflects a bigger picture in an evolving political environment, and this shift could happen on other issues.

“In Troy’s case, his issue is LGBT equality, and it doesn’t matter what your view is on other issues or what your political party’s [is],” Holt said. “As long you’re working with him on the issue that’s important to him, and that generally is how politics has worked in the past and how things get done.”

The acceptance of gay marriage in America has tripled since 2006, according to a Gallup poll released in May. The study found 47 percent of Republicans now support marriage equality, the highest rate ever.

Anna Langthorne, newly-elected Oklahoma Democratic chair, said she believes Stevenson’s departure was more in reference to specific activists that are reluctant to work across the aisle rather than party leaders or elected Democrats.

“It is clear both nationally and locally that generally, the Republican party is far more hateful to the LGBT community than the Democratic party is, both in their policies and in their statements,” Langthorne said.

She said it’s hard to believe the GOP could be an ally to the LGBT community even though some are, as a party she thinks they are not standing with the community.

Stevenson remains optimistic that support for LGBTQ communities will continue to grow among both Republicans and Democrats, but progress is not possible unless the two parties work together.

“We live in an adversary system, and we’re supposed to have opponents and opposition,” he said. “But these are still civil things, and it is beginning to feel like we’ve lost civility in society, and I think more people need to stand up and speak out against it.”