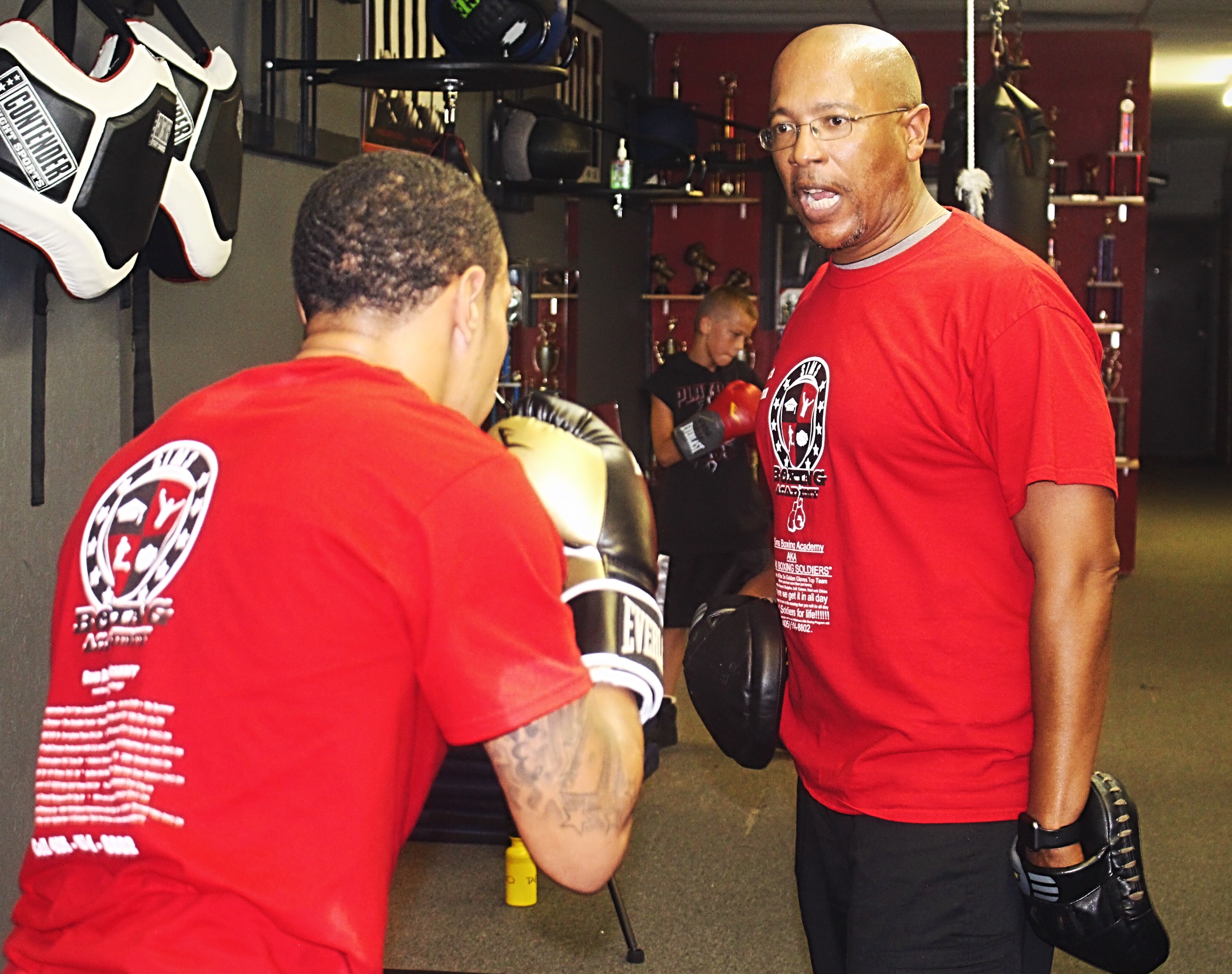 If you were to ask Marcus McMinn — known as Coach Mac at the boxing club he helps run — what his passions are today, he’d tell you they’re different than they were 16  years ago.

Unlike the other boxing programs in the Oklahoma City area, Sims Boxing Academy is different: It’s a non-profit that focuses on providing at-risk youth a variety of services. They include tutoring and homework assistance, nutrition and fitness management as well as a safe place to hang out and meet new friends.

“Boxing is not the priority here; building these children up is what our priority is,”  McMinn said.

Lennie Carey, who came to Oklahoma City from the Bronx in New York decades ago, is the only female coach at the club. At age 64, she said she’s been boxing since she was 6 years old. This is the first program of its kind she’s seen.

“Besides being coaches, we’re mentors,” she said. “We have Christmas parties. We have after-school parties … if the school has a problem with one of our kids, we’re there.”

Dressed with two gold chains and graying dreadlocks down her back, Coach Lennie has a warm smile and quick wit. Once training starts, the young ones have her undivided attention.

“It means a lot to the kids and to the neighborhood. Because we keep them here, keep them from going out and getting in trouble,” she said. “We can’t save everybody, but we can save a lot of [the children].”

Located just off Southeast 44th St. and Sunnyvale Road, the academy sits in the middle of a dilapidated strip mall. A Family Dollar, a church, a beauty supply store and Church’s Chicken share the space with empty storefronts.

Coach Mac came to the club after his longtime buddy from the U.S. Army, Lavell Sims, recruited him to come work there. The coach says he and Sims see part of their mission to encourage the youth of this community to take pride in where they’re from and a belief in their future.

“The (leaders think of) this as a black community … (with) no hope,” McMinn said. “We can put titles on the community all we want as adults but it’s not fair to put the titles on these kids.”

The boxing establishment is located in one of the highest crime areas in the Del City suburb. High incidence of crime is typically linked to poverty, McMinn said, and that is the case in this community.

According to the American Psychological Association, these conditions create a ripple effect on education.

“Poverty associated with schools and communities … (creating what are) known as ‘toxic stressors’ because they are severe, sustained and not buffered by supportive relationships,” the study finds.

According to former Congressman Jabar Shumate, Oklahoma faces significant budget cuts. Communities like the one this boxing club serves are the first to see sacrifices when funds get cut, he says.

“Some of the first programs to go are programs that really help [the] development of those that face [social and economic challenges],” Shumate said.

But these are the challenges that draw Coach Mac and the other coaches to Sims. They hope they can change at least a few lives in the short three hours Sims Boxing Club is open — four nights a week.